Snake in the Grass

A famished serpent appears to devour the sublime, bitty snake slithering on Euclid’s grassy plain. From a third dimension a snake charmer puts a finger in the bitty snake’s mouth and with no hesitation, turns a wheel and decapitates its bitty head.

Simultaneously the bitty snake grows a new body while both creatures deconstruct into four dimensions. A transient moment unfolds between two worlds separated by time and space. What has happened? 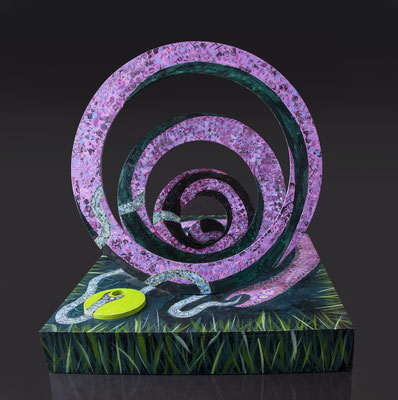 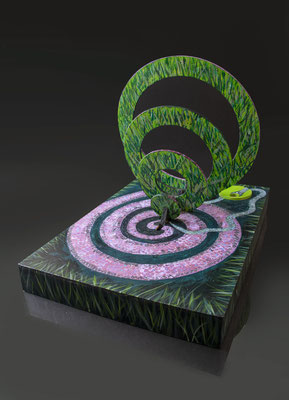 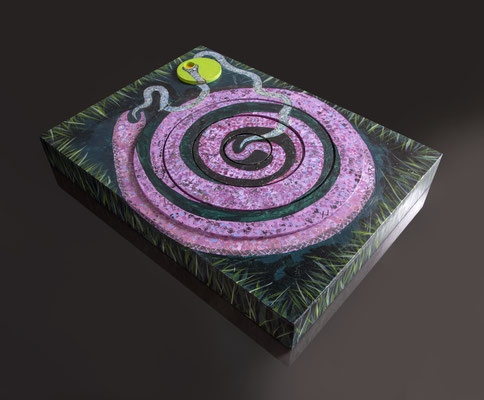 Email: tim@bachmanarts4444.com (remove the four 4's) They are there to thwart spam robots